My wife's grandfather, Meyer, passed away yesterday at the ripe old age of 98. He had the rare fortune of keeping his wits about him until the very end, so I enjoyed an opportunity to have many conversations with him about his life. It was one hell of a life and then some. He was a great example of the generation of Holocaust survivors and that is the generation now nearly gone. Coincidentally, as they pass on to the other side, antisemitism and Holocaust-denial are on the rise, even gaining prominence in the US Congress, aptly represented by the Squad and other assorted political thugs. Perhaps, it is not coincidental at all and we are now sufficiently far removed from the Holocaust that being an open Jew hater is politically expedient even in the US.
Either way, I remember about 15 years ago, my wife and I stumbled into a movie theater (those good old days, before kids, when we could just get up and go watch a random movie) and took a chance on a movie we had never even heard of, called "Everything Is Illuminated". It is a story of a guy descended from a family of Holocaust survivors. He goes back to the Ukraine looking for information about a place his family came from, called Trochenbrod. The place was completely destroyed during World War II by the Germans, so information is not so easy to come by. I thought it was an entertaining movie. If you have time, give it a shot.
What is relevant in this case is that Trochenbrod ( https://en.wikipedia.org/wiki/Trochenbrod ) is a real place and three of my wife's grandparents came from there. That was one hell of a coincidence. All three are now deceased with Meyer being the last one. In some ways, his story is not too unusual for a Holocaust survivor, but it is definitely worth remembering.
Trochenbrod was a part of Poland before 1939. After 1939, when Hitler and Stalin gobbled up Poland, it magically became a part of Ukraine and the area still is.
In 1941, when Germany attacked Soviet Union, Polish Jews did not always believe that Germans were out to kill them all. Many thought that it was all communist propaganda, since they remembered World War 1, when Germans behaved in a more civilized manner toward the Jews than pretty much anyone else on the eastern front. History shows how much the Germans changed their tune in the 20 years between the two wars. We do not have exact statistics, but the consensus is that approximately 90% of the 3.3 million Polish Jews were exterminated.
The way it worked out with the Jews of Trochenbrod is that some number of youths, Meyer among them, headed in the general direction of Ukraine and Russia. Some of those survived. The adults, elderly and younger children stayed in Trochenbrod figuring that it won't be too bad and were all killed.
There were eight children in Meyer's family and by 1945 he was the only one alive.
Once he ended up in Russia, he fairly quickly picked up Russian (native tongue for Jews in that part of the world was Yiddish and most had a good knowledge of Polish), worked at a plant making mechanized vehicles for a few months and promptly ended up serving in the Soviet Army as a tank driver. He served with distinction and went through most of the war and most major battles with his tank regiment. Unfortunately, I only got to see his medals in a few old pictures. At some point after the war, his mother-in-law threw all his medals out for some unfathomable reason. He was wounded during the liberation of Warsaw and ended up staying there in the hospital while his regiment moved on to Berlin. In one of the pictures below, he is second from the right. It was taken a few weeks after the war ended. The wreath was for a memorial for the Jews who died in the Warsaw ghetto.

On the way to Warsaw, Meyer was one of the first people to set foot in the Majdanek concentration camp as it was being liberated. Unsurprisingly, what he saw there stayed with him through the years. Once the war ended, he was stationed in Poland for a little bit, but there was clearly no future in Poland for the Jews. Aside from the practical considerations of how to re-construct Jewish life in Poland when 90% of the Jews who lived there died, Polish government was not exactly itching to welcome surviving Jews back. The ones who wanted to return to Poland were politely told to keep moving elsewhere. When I say politely, I am being facetious. There were several postwar pogroms in Poland that were intended to carry a message across to surviving Jews that Poland was not home. With that in mind, Meyer headed in the general direction of the British mandate of Palestine, figuring that there Jews might have a homeland of their own some day. He made his way to France, boarded a boat and ended up in newly re-established Israel just in time to participate in the Israeli foundation wars. At that point, neighboring Arab countries decided to finish what their wartime ally Hitler started, but with less success than the Germans had. In other words, miraculously, the well equipped Arab armies got their asses handed to them. Meyer ended up involved in all the major battles of the 1948 war, but came out of them in one piece and decided that he is done being a soldier. He got married in Israel and his first child was barn there in the early 1950s (that was my wife's mom). They moved to the United States a couple of years later since he had some relatives here. They remained happily married for 69 years.
Despite both of them being Holocaust survivors, they built one hell of a life for themselves. I suppose nothing teaches you to love life more than surviving the worst that human history has to offer. When they first came to America, Brentwood country clubs still had signs on the gates that said "Jews and dogs not allowed". That was upsetting, but a definite step up from Treblinka gas chambers, so the Jews kept their nose to the grind and made something of themselves and their children.
In early 80s, his wife was diagnosed with stomach cancer. The surgery was successful and she is still with us forty years later. However, it was a bit of wake-up call, so they sold their business and decided that it is time to enjoy the fruits of their labor, do some traveling and make sure they visit the grandchildren who were growing up in Israel (their daughter moved back to Israel when she was 19).
I ran into Meyer in 2002, when someone introduced me to his granddaughter and we hit it off right from the start. He had some stories to tell and some of his war stories he only told in russian that none of his children and grandchildren know, but I do. It was an honor and a privilege to know him for this last stretch of his time with us. Every time another Holocaust survivor moves on, we lose a little bit of our history. This time the world has also lost an amazing man. May he rest in peace. 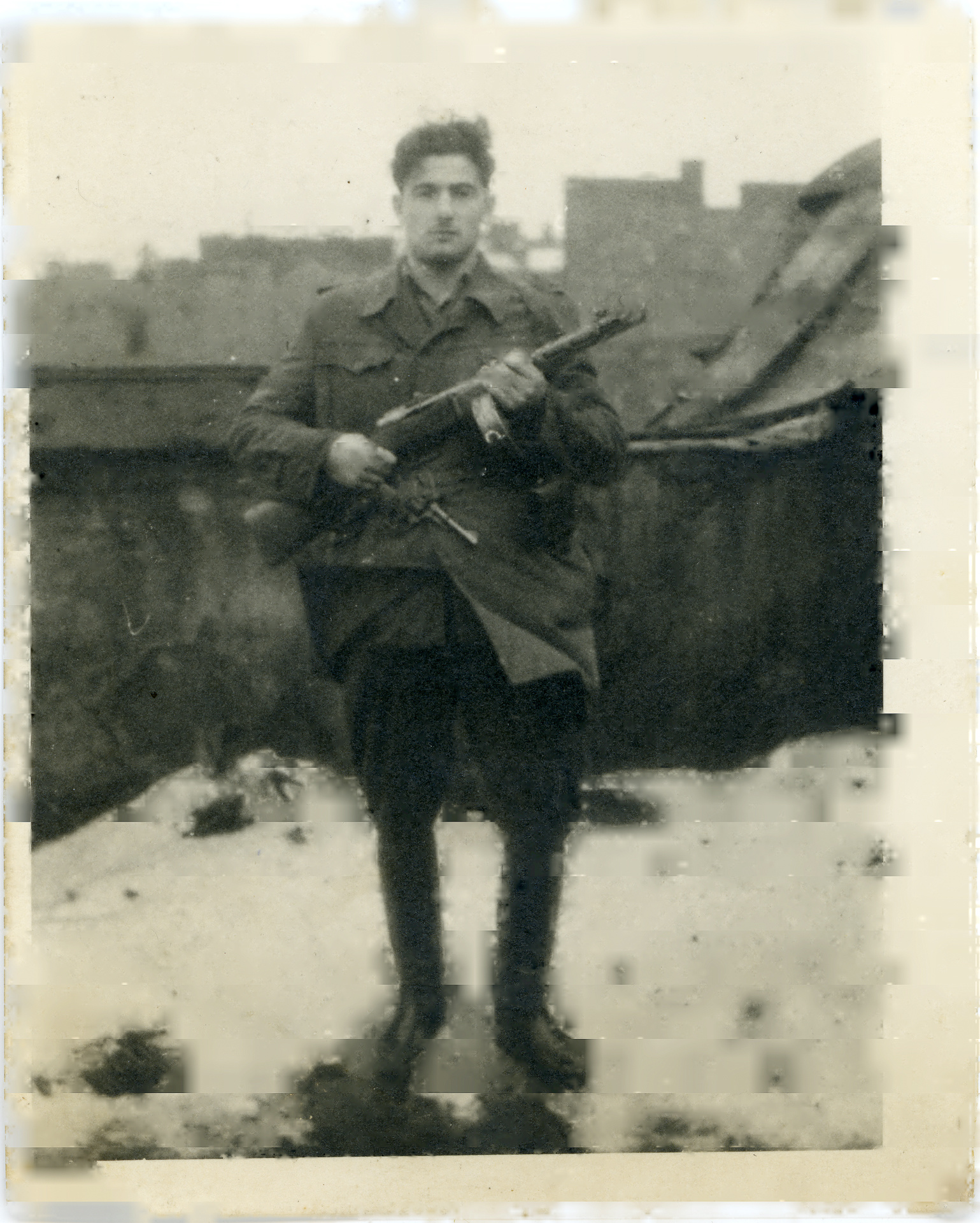 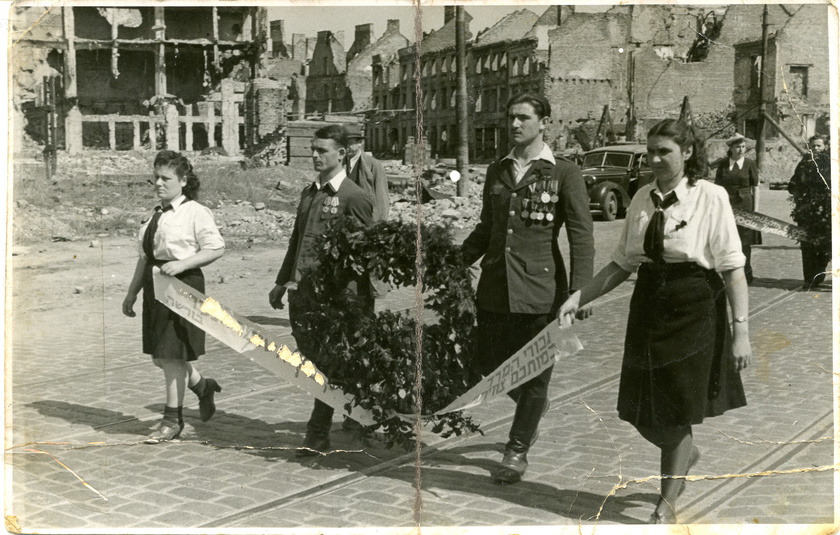